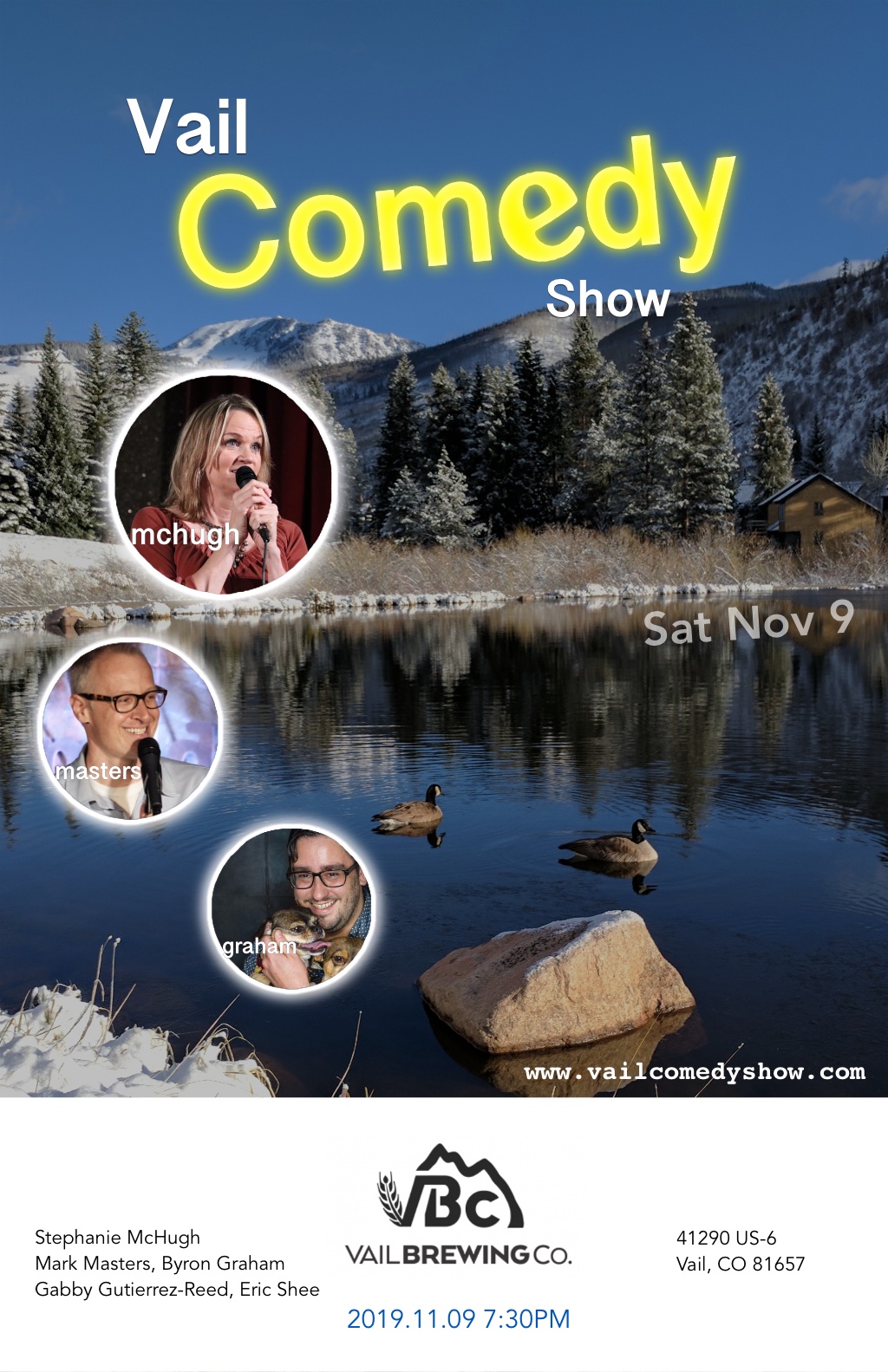 Stephanie McHugh: After doing comedy less than a year, Stephanie won a trip to the Las Vegas Comedy Festival and now has been on the Denver Comedy scene for over 16 years. She was on Nick at Nite's TV Show "America's Funniest Mom" and has a podcast called The Twilight Moan, Laughter, Love and Sex after 50. Byron Graham: Byron Graham is a writer, comedian and gentleman thief from Denver. Co-host of Designated Drunkard: A Comedy Drinking Game, the deathless Lion's Lair open mic and the Mutiny Book Club podcast, Byron also writes about comedy for Westword. He cannot abide cowardice, and he's never been defeated in an open duel. Gabby Gutierrez-Reed: Gabby Gutierrez-Reed is a Denver based stand up comedian. She grew up in San Diego, but crafted her voice in the dive bars of Denver. She creates a unique experience with a range of high-energy jokes and characters. She has been featured in 303 magazine, has been in the 2018 and 2019 Longmont Laughfest, and performed at the 2019 Beast Village comedy festival. Eric Shee: Eric Shee is a 17 year old comedian who is debating between pursuing his dream and not throwing his life away. After escaping his home state of Wyoming, he is now a Denver comic who opens for local headliners and cohosts the Kynga's open mic. As always we will have some special guests dropping in too, so arrive early for good seating, and be ready to let loose at 7:30PM.