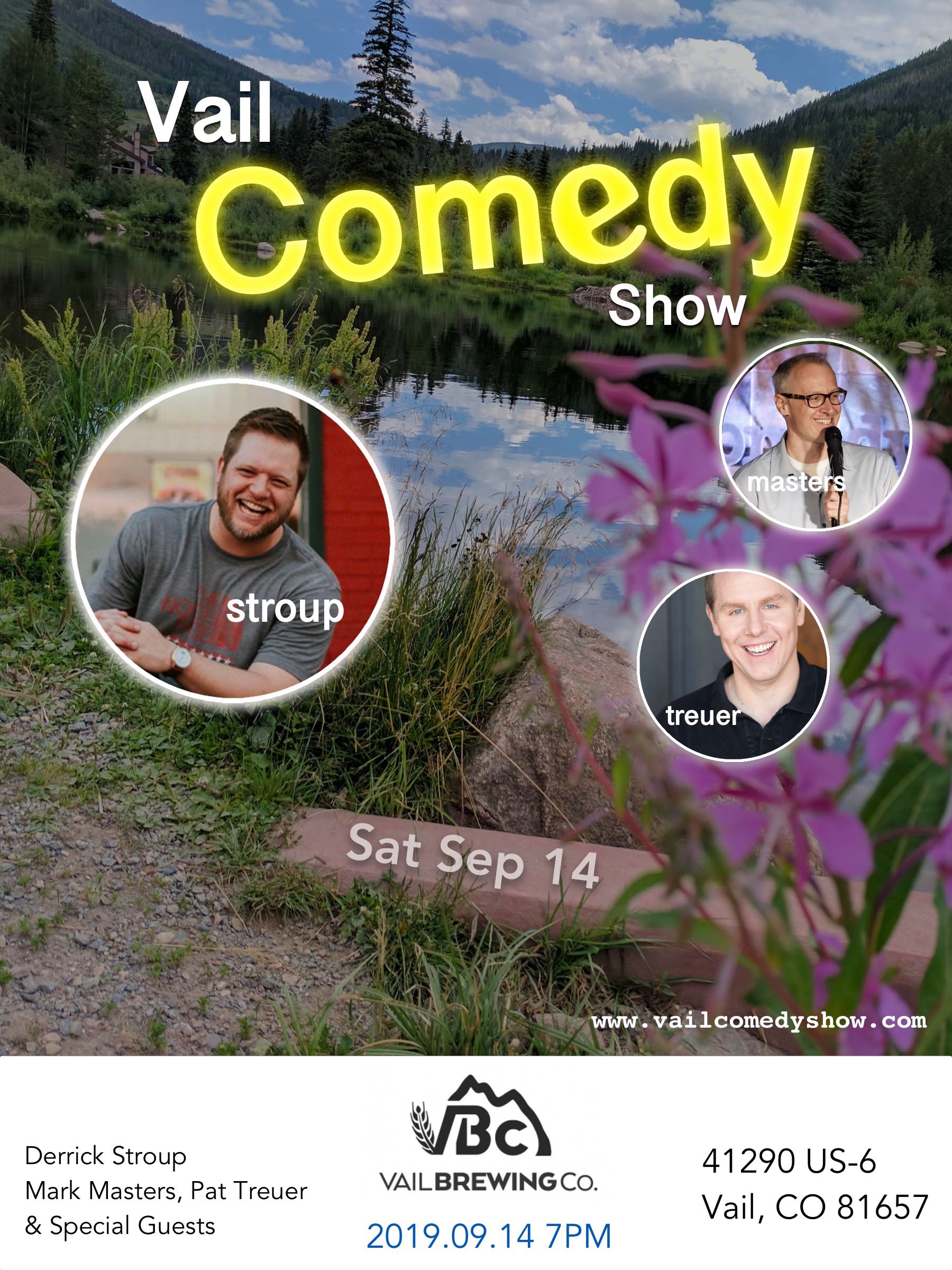 Derrick Stroup: Derrick grew up in Alabama but has been blowing up the Denver comedy scene the last few years. He just headlined a series of shows at Loonee's Comedy Club in Colorado Springs and you can regularly see him at Comedy Works in Denver. Pat Treuer: in from Chicago. Pat was born and raised in Colorado but currently resides in Chicago where you can find him performing almost every night of the week. Pat runs a monthly charity comedy showcase called Joke At The Oak. It is at Chicago's Denver Bronco's bar in Wrigleyville. You can catch him in Steamboat the night before this show. Kallan Reece: a comedian from Colorado Springs, CO. In 2019 he advanced from the first round of the Denver Comedy Works New Faces contest. As always we will have some special guests dropping in too, so arrive early for good seating, and be ready to let loose. Show starts promptly at 7PM.